A perfect explanation from the Artnet.com website about Sound-Art:

For some, abstraction might mean non-figurative painting, but today’s hottest emotive medium is so abstract it can’t be seen, touched, or felt. There’s no arguing that sound art is having a moment. Some artists explore sound in its pure state, simultaneously bridging and muddling barriers between sound, noise, and music in the contemporary or historical sense. Others investigate the political and cultural implications of certain sounds, using their work to bring human rights to the fore.

Sound art is the most direct way of engaging with art—you can literally do it with your eyes closed—and if music is any indication, sound can affect your emotions immediately, without any thought or explanation.

Have You Heard of Sound Art?

Another article from artspace.com on the subject: 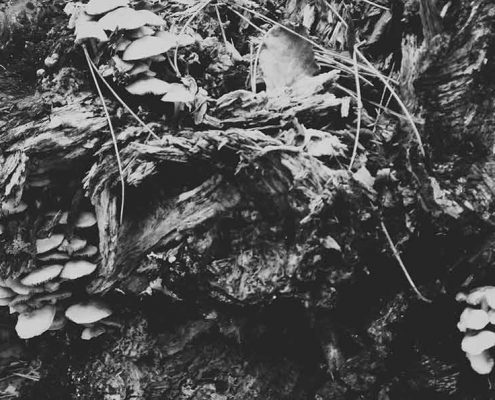 “The American musician and soundscape ecologist Bernie Krause once said, “While a picture might be worth a thousand words, a soundscape is worth a thousand pictures.” The deeply emotional and vastly expressive nature of sound makes it a powerful art form. While sound art is still a relatively young discipline, it’s exploded in popularity in recent decades. But how can you tell whether a work falls under this category? It’s tricky, especially since the definition of sound art isn’t so clean cut, and doesn’t necessarily include every piece of art that makes noise. Like much contemporary art, sound art is interdisciplinary, spanning diverse genres from installation, film, and experimental music to interactive technology and spoken-word poetry—the commonality being that sound is employed as the primary medium. And while other art might utilize sound or music in the background, sound art tends to apply noise as an art experience in and of itself.

To better contextualize this art genre, let’s briefly review the history of it. It seems the actual term was first documented in 1983 in the catalog for the show “Sound/Art” at SculptureCenter in New York City. However, the movement has roots in Dadaist, Surrealist, and Fluxus performances, as well as early 20th century pure noise experimental music. The American composer John Cage beckoned a new era of sound art with his seminal piece 4’33” in 1952. The musical composition, performed by pianist David Tudor, was four minutes and 33 seconds of absolute silence, and it completely transformed the way people thought about music and sound. An upsurge of sound installations in the 1960s continued to question traditional sonic practices, and in the 1970s artists explored these themes in new ways with the advancement of electronic/computer-generated sounds.

Today, the distinction between art, music, and sound has never been messier. Just look at David Byrne’s sound installation Playing the Building. Originally commissioned in 2005, the former Talking Heads singer repurposed spaces within buildings to create sounds that resemble musical instruments. He produced these sounds by blowing air through pipes, banging metal rods against columns, and fastening vibrating motors to beams. In her essay “Thinking Critically About Sound Art,” experimental-music writer Geeta Dayal stresses that we should continue to question what sound art is. She writes, “It is by constantly questioning and arguing for art’s value that we begin to understand art, and ourselves. The transitory, elusive, sometimes baffling nature of sound is part of its enduring mystery and power.”

Sound art is an artistic discipline in which sound is utilised as a primary medium. Like many genres of contemporary art, sound art may be interdisciplinary in nature, or be used in hybrid forms. Wikipedia

This site uses cookies. By continuing to browse the site, you are agreeing to our use of cookies.

We may request cookies to be set on your device. We use cookies to let us know when you visit our websites, how you interact with us, to enrich your user experience, and to customize your relationship with our website.

Click on the different category headings to find out more. You can also change some of your preferences. Note that blocking some types of cookies may impact your experience on our websites and the services we are able to offer.

These cookies are strictly necessary to provide you with services available through our website and to use some of its features.

Because these cookies are strictly necessary to deliver the website, refuseing them will have impact how our site functions. You always can block or delete cookies by changing your browser settings and force blocking all cookies on this website. But this will always prompt you to accept/refuse cookies when revisiting our site.

We fully respect if you want to refuse cookies but to avoid asking you again and again kindly allow us to store a cookie for that. You are free to opt out any time or opt in for other cookies to get a better experience. If you refuse cookies we will remove all set cookies in our domain.

We provide you with a list of stored cookies on your computer in our domain so you can check what we stored. Due to security reasons we are not able to show or modify cookies from other domains. You can check these in your browser security settings.

We also use different external services like Google Webfonts, Google Maps, and external Video providers. Since these providers may collect personal data like your IP address we allow you to block them here. Please be aware that this might heavily reduce the functionality and appearance of our site. Changes will take effect once you reload the page.